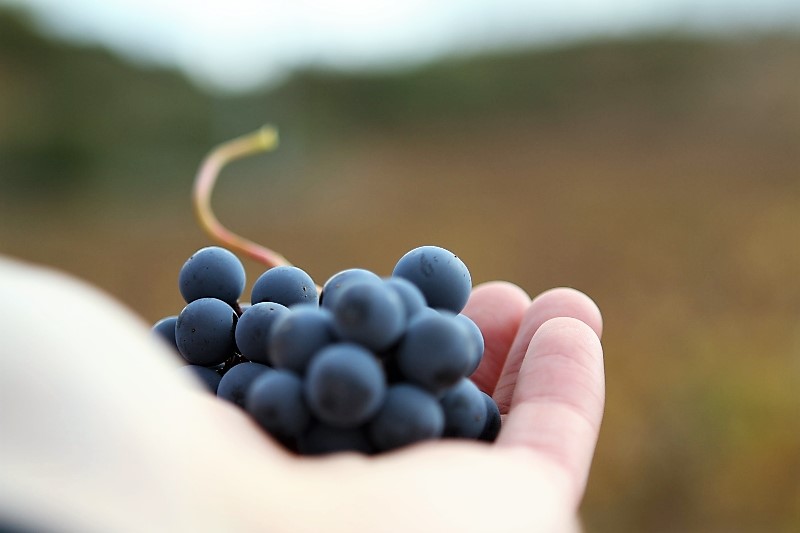 Madrid does indeed have a fine selection of local wines produced at wineries located not too far out of the city. And in case you were wondering, Madrid does in-fact have its own Designation of Origin (D.O) since 1990. But where are all the vineyards located? There are 3 sub-zones around the D.O Madrid: San Martin, Navalcarnero and Arganda. There are roughly 42 wineries near Madrid that can be reached easily by public transport, however only half of them belong to the D.O. It is the Arganda zone, located south-east of Madrid that has the greatest wine production rate and Navalcarnero, situated south-west of the city that has the least. Each sub-zone specializes in different types of wines, using different grape varieties that are permitted by the regulatory council. Despite producing some fantastic wines that are indescribably satisfying to drink, one can say that the D.O Madrid isn´t as well-known as it should be (even to some locals). Just like many wine regions around Spain, as Ribera del Duero for instance, there is a good mix of traditional and modern wineries near Madrid which makes visiting them exciting. 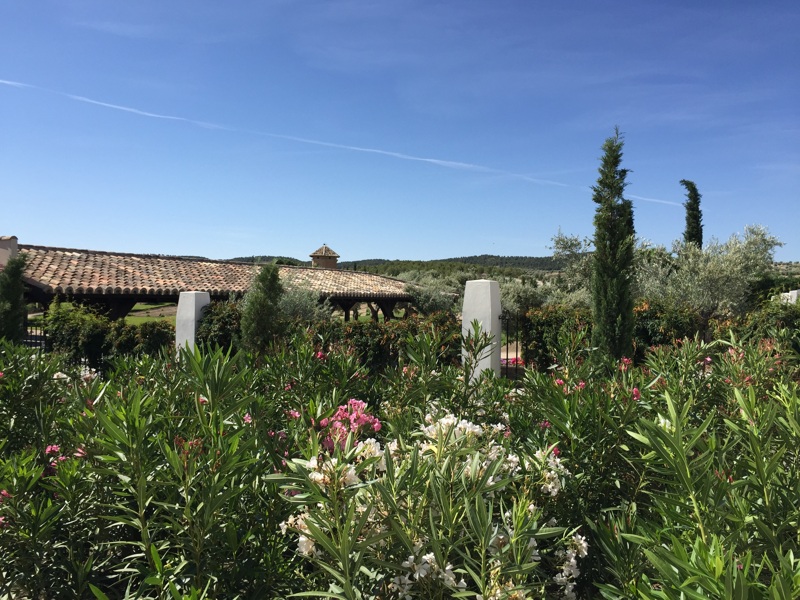 Back in 1914 vines in Madrid were badly affected by Phylloxera which made growers change their methods – especially the types of grapes being used. Foreign grape varieties were introduced and are still being used in the wineries near Madrid today. Wine production in Madrid was also affected in the 1970s due to the financial crisis which caused consumption to fall drastically, however gradually picked up during the formation of the D.O.  As of today, consumption of table wines in Spain is dropping, yet increasing for expensive, good-quality wines.

Most common grapes of each sub-zone

So which type of grape varieties are the wineries near Madrid using in their wines? 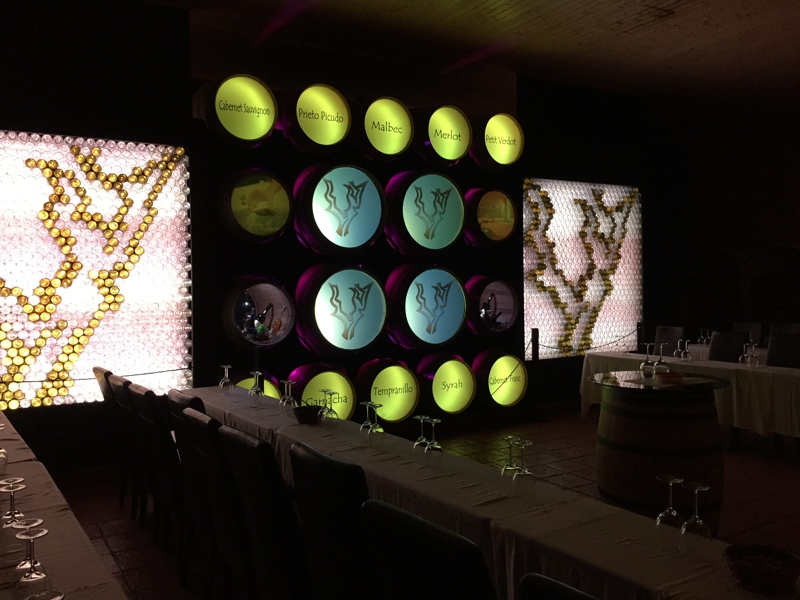 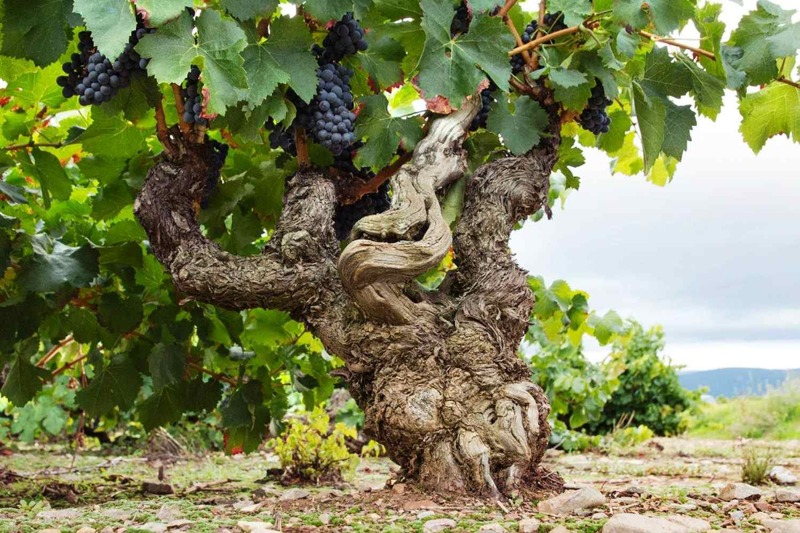 As you can see, the D.O Madrid permits the usage of many different kind of grapes, something quite contrary to Ribera del Duero where the D.O requires at least 75% of wines to be made of Tempranillo. Other grape varieties used at wineries near Madrid also include Torrontes, Parellada and Viura. Any visitors to these wineries will therefore be exposed to a diverse range of interesting red, white and even rosé wines from Madrid´s D.O.

We could start off by talking about Madrid´s most famous dish: Cocido. If you are a strew-lover, you will definitely find this dish delightful. It consists of chickpea, carrots, potatoes, turnips, cabbage, pork belly, chicken, chorizo, Morcilla (Blood sausage meat mixed with rice) and even jamon (cured ham). As you can see, this plate is a mixture of everything important in Spanish gastronomy, thus making it exemplary of our country´s cuisine. Typically, you are served a noodle soup before starting with the Cocido as a main course. It is believed that Cocido was created in the Middle Ages, originally Kosher (without pork) as it was a common Jewish dish eaten during Shabbat. Due to growing anti-Semitism in the 16th century, Cocido evolved and other meats like pork and chorizo became a part of this dish. Want to know something else interesting about this dish? All the ingredients have to be served individually on the plate and not mixed all together as shown in the picture below. Similar to La Mancha, the town of Chinchón (located 50km from Madrid) is renowned for its garlics and also its anise! Naturally, as we are in Spain, you will find other traditional food in Madrid restaurants such as tortilla (potato omelette), Patatas bravas and Paella (Valencia´s speciality).

With our wine tasting excursions near Madrid you will have a tour of 2 wineries with tastings, an excellent gastronomic meal and a visit to discover the town of Chinchón. 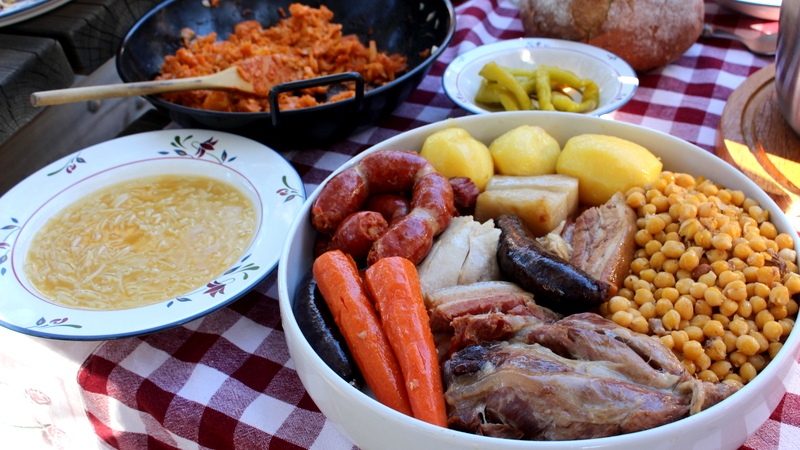 What about dessert? Besides flan, a pudding made up of milk, eggs and sugar, we have Churros with Chocolate – something you are bound to see from wandering the streets of Madrid. Churros are made from salt, flour & water and after being fried, you dip them a hot chocolate sauce; perfecting for eating anytime during the day. Definitely something you must try when visiting Madrid!

Madrid´s climate is Continental which means: dry summers & cold winters. The warmest months of the year are June, July and August with maximum temperatures reaching 33 °C. On the other hand, the coldest months in Madrid are December & January with temperatures potentially dropping just below 0 °C (in the night) with Snowfall occurring occasionally. The average annual rainfall in Madrid is approximately 440mm with November being the rainiest month. But don´t let this discourage you – there is still a lot of sun during the winter, making Madrid a fantastic place to visit all year round. The months with the most pleasant weather (where it´s not too cold or hot) are May, June, September and even October. 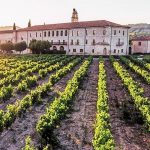 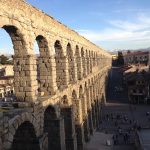 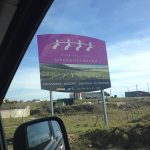 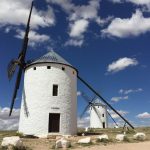 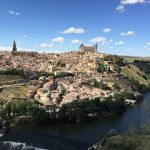 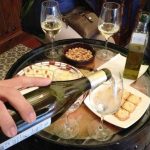